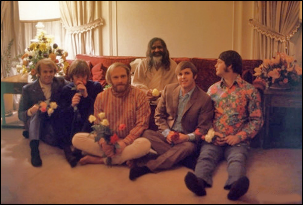 We’ll get to your mom in a minute, but first….

…The Beach Boys were America’s homegrown defense against the British Invasion. The wholesome and harmonizing family act included three Wilson brothers and their cousins, two Love brothers. The Beach Boys were competition for The Beatles in the early ‘60s but by 1968 drug use, internal conflicts, creative differences and mental health issues had taken a toll on the group.

In our very first Rock ‘n’ Roll Storytime we described Dennis Wilson as Dennis Wilson, AKA, “The Beach Boy that befriended Charlie Manson and indirectly got Sharon Tate and her three friends murdered by the Manson family.”  Ohhh, but that’s a whole ‘nother story for a whole ‘nother time. Welp, now’s that time. Obviously Dennis Wilson had a life of multiple poor choices and certainly one of his most regrettable choices was picking up two female hitchhikers in 1968 and taking them to his rented Sunset Boulevard mansion. That’s because these girls happen to be members of the Manson family, and the next time Dennis came home he was greeted by Charlie who welcomed him to a house full of family members.

Dennis enjoyed the company for the most part: plenty of drugs, sex with the multitude of girls who also cleaned and cooked…and he actually liked some of Charlie’s songs. He even set Manson up with some studio time, but Chuck shit the bed when it came to recording anything of value. Dennis also tried to get the other Beach Boys on board but they thought Mason was creepy…and dirty. Both fair assessments.

After a few months Dennis got sick of his unwanted house guests who he estimated cost him around $100,000 in various expenses. His clothes disappeared along with gold records and one family member even wrecked his Mercedes-Benz.

Sure, that sounds like something that would happen when people have parties at your place. But Dennis went a few steps further with actions like paying to get Sadie’s teeth fixed.

But by far the best is that he took the whole family to get penicillin shots. Dennis said, “It was probably the largest gonorrhea bill in history.”

And how did Dennis free himself from the family? Like a good rockstar he moved in with someone else and had his manager evict the Manson clan.

But Dennis did get something from Manson…other than the clap. Charlie had written a song called ‘Cease To Exist’ and told Dennis do whatever he wanted with it as long as he didn’t change the lyrics. After a few tweaks The Beach Boys recorded ‘Never Learn Not To Love’ and when Charlie heard the song he was equally pissed for not receiving a song writing credit and because Dennis changed some of the lyrics. But even with some slight changes these lyrics are Charlie through-and-through:

“Cease to resist, come on say you love me

Give up your world, come on and be with me”

Ideas like, “submission is a gift, give it to your lover,” are exactly how Charlie coerced people to giving up worldly possessions to follow Jesus Chuck Superstar. Though it sounds so much sweeter coming from The Beach Boys. 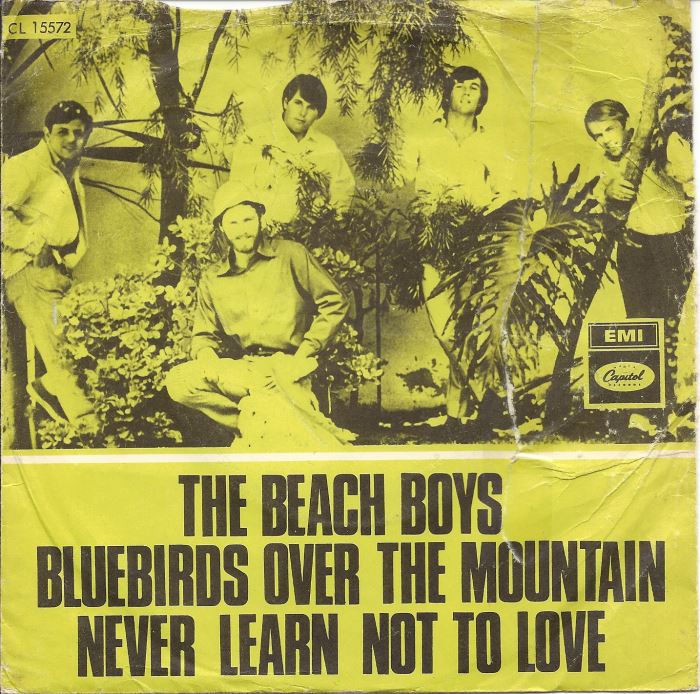 The entire run-in with the Manson family tortured Dennis for the rest of his life and while the death threat that he received from Charlie was shallow, unfortunately the water where Dennis took his final swim wasn’t…